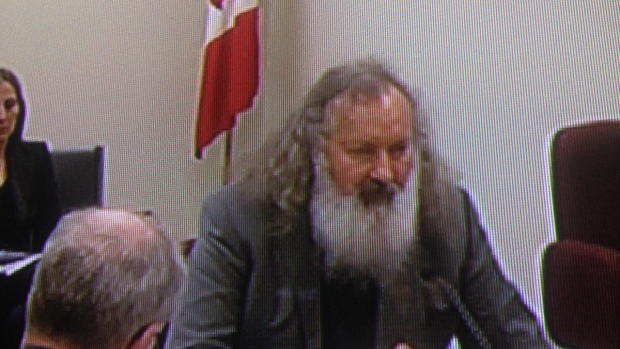 By Sidhartha Banerjee, THE CANADIAN PRESS

MONTREAL: American actor Randy Quaid has been arrested again and is scheduled to appear before the Immigration and Refugee Board in Montreal on Thursday.

The circumstances behind the arrest, his second in Montreal this year, are unclear, but his Canadian wife, Evi, tweeted late Tuesday that her husband had been detained.

Immigration and Refugee Board spokesman Robert Gervais said Quaid will have a detention review hearing before a board member Thursday afternoon, a routine procedure that occurs typically within 48 hours of someone being detained.

A Canada Border Services Agency spokeswoman was unable to provide any further details on Wednesday about the detention.

Quaid, 65, and his wife fled north of the border in 2010, saying they were the victims of persecution.

The couple have sought to stay in Canada and have said they were being hunted by “Hollywood star-whackers,” but their arrival in this country came as they faced a number of legal problems in the United States.

Quaid was arrested in Montreal last May after becoming the subject of a nationwide arrest warrant when he stopped checking in with the Canada Border Services Agency.

Sporting a massive beard and shoulder-length grey hair, Quaid apologized at a subsequent Immigration and Refugee Board hearing and suggested he was ready to return to the United States to deal with an outstanding legal case and ultimately return to Canada.

Quaid, who has been living in Montreal since January 2013, was released after that arrest. His father-in-law posted $10,000 bail and he was required to respect a host of other conditions that included checking in with border-agency officials every two weeks.

After arriving in Canada in 2010, the Quaids lived in Vancouver, Toronto and Ottawa before moving to Montreal.

The actor’s bid for permanent residency in Canada was denied in late 2012 and he told the hearing in May he vanished out of fear of being separated from his wife, whose father is Canadian and enabled her to gain her citizenship.

Quaid is the older brother of actor Dennis Quaid and is best-known for his roles in films such as “National Lampoon’s Vacation” and “Independence Day.”

He won a Golden Globe award for his depiction of President Lyndon Baines Johnson in a TV movie in the late 1980s.

He was also nominated for an Oscar as best supporting actor for his role in 1973’s “The Last Detail,” which starred Jack Nicholson.

Quaid lost out to John Houseman for his performance in “The Paper Chase.”