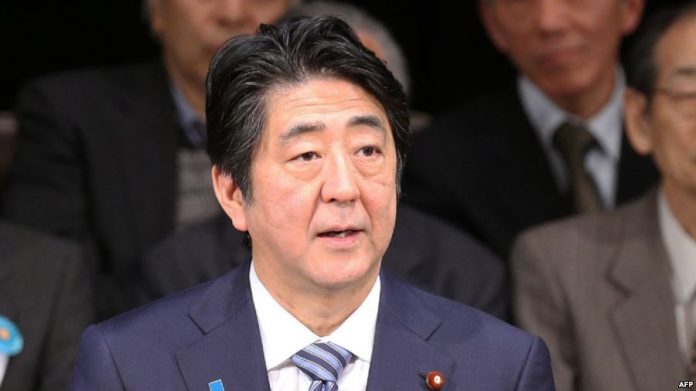 Tokyo, Feb 24 (IANS) Japanese Prime Minister Shinzo Abe will visit Russia despite the US urging him not to do so, a top government official said on Wednesday.

According to Chief Cabinet Secretary Yoshihide Suga, Abe’s top spokesperson, the prime minister will make an unofficial visit to Russia to discuss a long-standing territorial dispute between Tokyo and Moscow, Xinhua reported.

The Russian president is expected to visit Japan at some point later this year.

The media quoting diplomatic sources said, however, that US President Barack Obama, in talks on the telephone on February 9, had pressed Abe to refrain from making the trip to Sochi in May, due to the US’s stance over Russia’s actions in Ukraine and Syria.

The sources were also quoted as saying that Washington feels that Tokyo is overly cozying up to Moscow as it seeks to resolve the territorial spat.

To this end, Suga said that communications between Japan and its main ally the US would continue as well as its special cooperation, and through the Group of Seven countries’ mechanisms, Japan would jointly stand up to the challenges facing the international community.

“We will closely cooperate and communicate with the United States and Japan will appropriately respond to challenges facing the international community such as the situation in Ukraine through cooperation with the Group of Seven countries,” said Suga.

Economic sanctions have been slapped on Russia following incidents pertaining to the Ukraine in 2014, by the US, Japan and other countries, and Russia’s membership of the Group of Eight highly industrialised nations.

The nations in G8 are France, Germany, Italy, Britain, Japan, the US, Canada, and Russia.

Despite imposing sanctions on Russia, which has delayed the process, including hopes for an earlier visit by Putin to Japan, Tokyo has been keen to resolve its territorial dispute with Moscow over islands located north of Hokkaido, despite some angst from the US over Abe’s eagerness to woo Putin.

The islands in question are Etorofu, Kunashiri, Shikotan and the Habomai rocks, which are believed by Japan to be a part of the Nemuro subprefecture of Hokkaido prefecture and are referred to by Japan as the Northern Territories.

Russia, however, maintains that the islands that they refer to as the Southern Kurils are Russian territory and were recaptured by the Soviet Union after World War II.

The territorial dispute has prevented both sides from inking a peace treaty after the war.