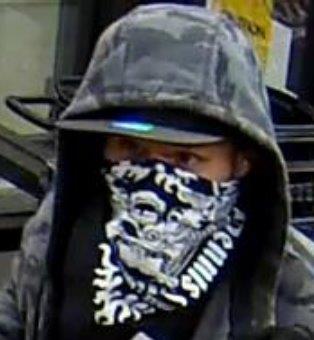 Abbotsford: The Abbotsford Police is investigating two armed robberies that occurred within less than an hour of one another.

The first robbery occurred on December 23, at 09:52 pm at a liquor store in the 32100 block of Marshall Rd. Police attended and learned that a male entered the store and demanded cash. The male produced a handgun and obtained cash before fleeing in an unknown direction.

The second robbery then occurred at 10:25 pm at a gas station in the 29600 block of Fraser Hwy. Police attended and learned that a male entered the store and stated that he was robbing it. The male produced a handgun and obtained cash and cigarettes before fleeing in an unknown direction.

Thankfully, no one was hurt during the robberies. AbbyPD Major Crime Investigators will be continuing to investigate and believe the two robberies were committed by the same suspect.  The suspect is described as Caucasian and/or light brown skin, 5’7- 5’9 and a medium build.

There were several people in the area when the robberies occurred, and detectives are looking to speak with any witnesses that may have seen any suspicious people or activity. AbbyPD remind businesses and their employees to remain vigilant and to report any suspicious behavior.