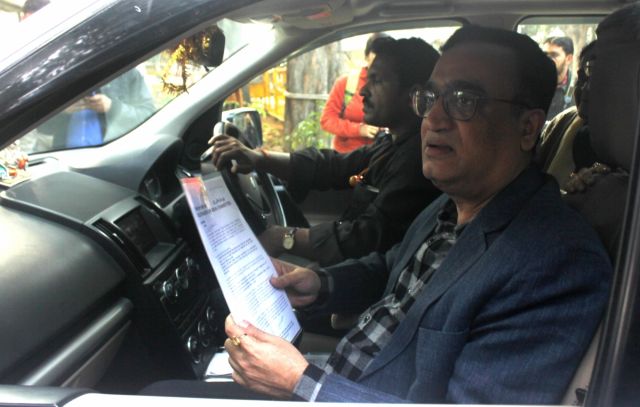 New Delhi, Feb 9 (IANS) The Aam Aadmi Party (AAP) on Tuesday termed as “fabricated” a video clip the Congress produced to allege that Delhi’s Food and Supplies Minister Imran Hussain is involved in demanding a bribe from a citizen.

“It is a fabricated sting operation and part of a conspiracy,” AAP spokesperson Deepak Bajpai said, referring to the video clip that a Congress leader showed to media persons earlier in the day.

The video clip had neither Imran Hussain’s voice nor his brother’s, Bajpai said, adding that the allegations that Congress based on this “sting” were false.

He showed a video clipping in support of his allegation.

Hussain’s staffer demanded Rs.25 lakh from a person who was building his own house, Maken said.

The minister’s brother and a junior engineer also contacted that person asking for a bribe on Hussain’s behalf, Maken alleged.

The Congress leader said Chief Minister Arvind Kejriwal must sack Hussain and refer the matter to the Central Bureau of Investigation (CBI).

Imran Hussain had replaced Asim Ahmed Khan in October 2015 as the new food and supplies minister after the latter was publicly sacked by Kejriwal on charges of corruption.

Kejriwal had then also referred the accusation against Khan to be investigated by the CBI.

Hussain is AAP’s legislator from Ballimaran in the walled city.