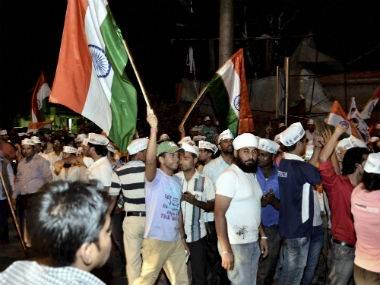 New Delhi, July 3 (IANS) Scores of AAP legislators have approached the Delhi government for a revision in their salaries, complaining that Rs.82,000 per month for a lawmaker was not enough in the national capital.

“They have brought this to our notice time and again. We are looking into it,” a Delhi government official said.

Of the ones who have raised the issue, eight lawmakers are living in rented accommodation. In 2011, the Delhi assembly had passed an amendment bill to double the salaries of MLAs (Member of Legislative Assembly).

Currently, Delhi lawmakers get a salary of Rs.82,000 per month.

“You have to have office in your constituency and staff to attend to people’s grievance. I pay Rs.15,000 per month for a rented office in Jungpura,” AAP MLA Praveen Kumar told IANS.

“In addition to it, I pay Rs.30,000 for two people who look after the constituency. My constituency has over 4 lakh people. Is it enough?” Kumar asked.

Almost all of the 67 MLAs of the Aam Aadmi Party are on the same page on the issue.