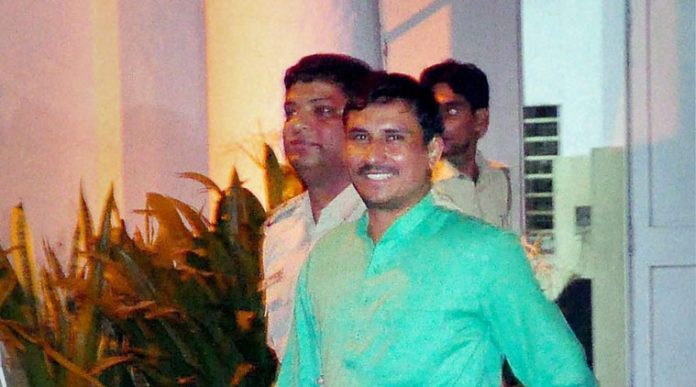 New Delhi, Aug 21 (IANS) Aam Aadmi Party (AAP) legislator Surinder Singh was detained on Friday in connection with a case relating to the beating up of an on-duty NDMC employee who was clearing footpaths illegally occupied by hawkers, police said.

“Surinder Singh has been detained in the case of attacking an on-duty NDMC (New Delhi Municipal Council) employee and using casteist remark. He is being questioned but not arrested yet,” Deputy Commissioner of Police Vijay Singh told IANS.

Singh was called at Tughlaq Road police station on Friday evening where he was questioned for over two hours.

The legislator from Delhi Cantonment constituency was booked under charges of the Scheduled Castes and Scheduled Tribes (Prevention of Atrocities) Act on August 5, a few hours after attacking the NDMC employee.

Singh was also charged under the Indian Penal Code sections for obstructing government official in performing his duty and threatening his life.

The incident took place when the legislator intervened in a routine checking drive of NDMC employees in the Tughlaq Road area of New Delhi.

Police said a fourth grade NDMC employee, Mukesh, was beaten up by the legislator when Mukesh along with an official team was trying to clear the footpath occupied by hawkers.