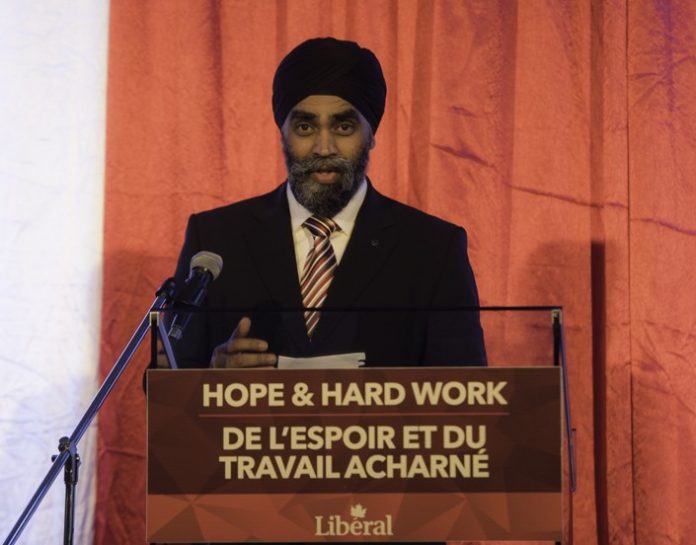 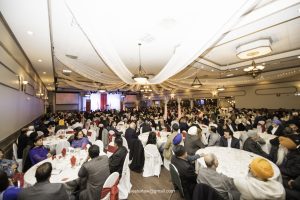 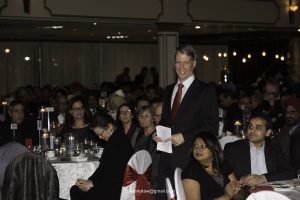 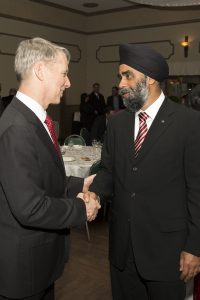 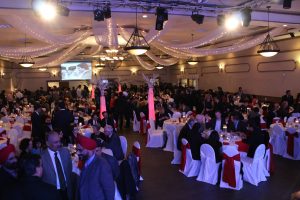 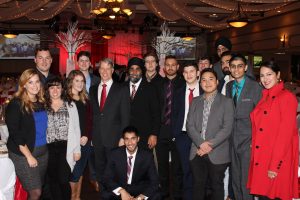 Vancouver: A fundraiser for Federal Liberal Candidate for Vancouver South, Harjit Singh Sajjan, on Jan 18 at South Hall Banquet Hall in Vancouver. Tickets were $200 each and over 600 people came out to show support for Harjit S Sajjan.

The keynote speaker was Lt-Gen (Retd) Andrew Leslie Liberal Candidate for Ottawa- Orelans. Andrew has had a decorated 35 year career with the Canadian Armed Forces. During his career he participated in numerous major international missions – including missions in the former Yugoslavia and Afghanistan. He was Commander of the Army from June 2006 to June 2010.
The Hon Raymond Chan also spoke at the event and spoke very highly of Harjit Sajjan stating his experience in policing and the military a very valuable asset to Team Trudeau. Candidates from other ridings were also in hand such as, Pamela Goldsmith-Jones, Jati Sidhu, Sukh Dhaliwal, and Louis De Jaeger.

The crowd of over 600 people were a great display of support Harjit has from various communities. Momentum is building with Team Sajjan as he continues to work hard towards the upcoming federal election.