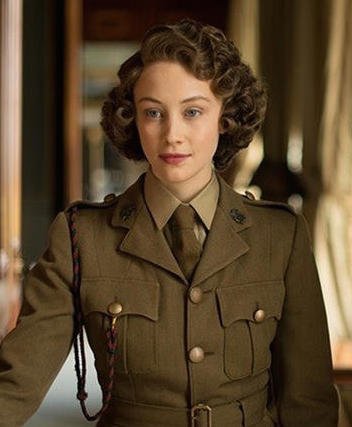 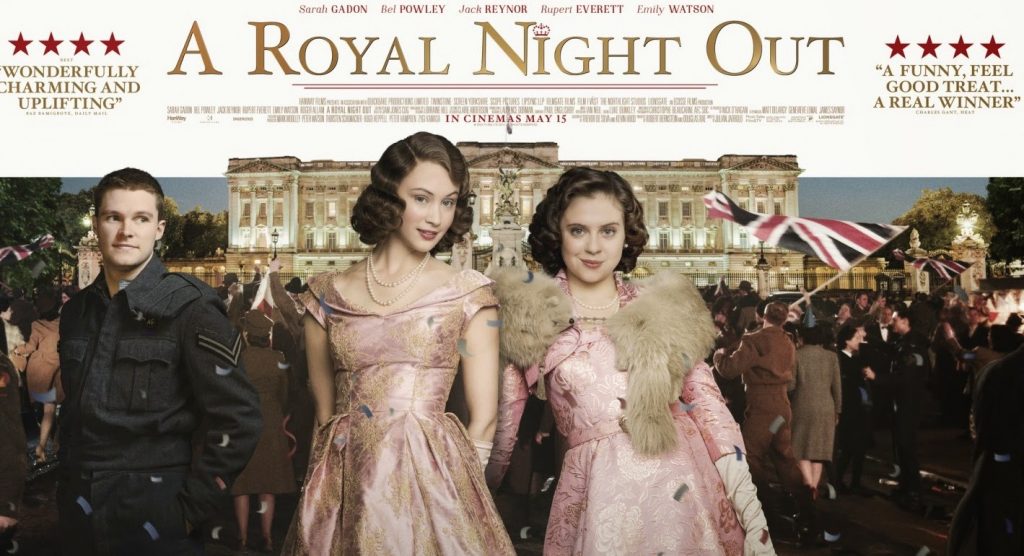 Girls just wanna have fun. Remember that hit song by Cindy Lauper? Two sheltered girls try to break free from their rather domineering parents in the appropriately titled A Royal Night Out. Made possible by EOne Entertainment this pure fantasy is now trying to make inroads at select Cineplex Odeon theatres across B.C. Break-out out success seems about as likely as two princes walking out the palace door and “blending in” with the locals.
Here the locals all over Britain are trying to celebrate the Allies’ victory on the western front in World War 2. Like most teenagers Elizabeth and Marjorie Windsor just want to experience life only growing up at Buckingham Palace can be a daunting affair. Through hook or by crook The more mature Sarah Gadon accompanies Bel Powley through the streets of London Town in search of fun
Much of A Royal Night Out concerns the queens to be cavorting with all sorts of “common folk” through the streets and pubs of London. Consider this to be mild amusing though somewhat clustered at times. Despite the good acting A Royal Night Out may just work better on the small screen.