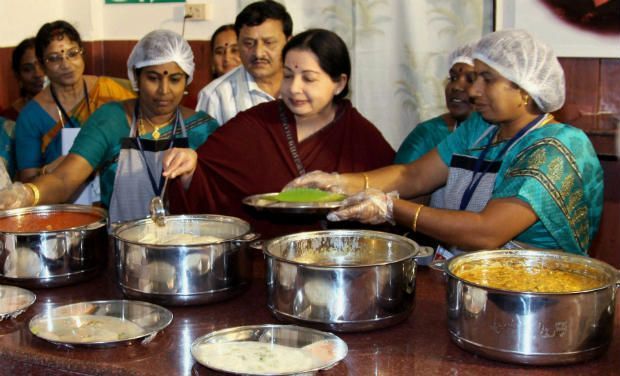 New Delhi, July 16 (IANS) Delhi will soon get “Aam Aadmi Canteen” outlets where “good quality, hygienic and nutritious food” will be available for up to a maximum of Rs.10, it was announced on Thursday.

The food would be sold at “reasonable rates — with the maximum amount being Rs.10”, said Khetan, an Aam Aadmi Party leader who had contested the Lok Sabha election in 2014.

He said the food would be nutritious and the menu at the canteens would have variety.

All canteens will serve three meals — breakfast, lunch and dinner — and shall be fitted with RO systems to supply pure drinking water, he said.

The canteens would target the lower strata of the society, including an estimated 10 lakh construction workers, five lakh street hawkers and over four lakh families living in slums in the capital, Khetan said.

“Rickshaw pullers, daily wage labourers, construction workers and others employed in high labour intensive work have no choice but to consume unhygienic or insufficiently nutritious food that is prepared and served in insanitary conditions,” he said.

“The decision to roll out the ‘Aam Aadmi Canteen’ has been taken keeping in mind the high cost of nutritious and hygienic meals in Delhi.”

He said the model was prepared after a survey was conducted in Tamil Nadu and Odisha where such canteens operate.

In Tamil Nadu, at the hugely popular “Amma Canteens”, a plate of idly with sambar is sold for just Re.1 while pongal — staple rice and lentil food — costs Rs.5.

Khetan did not divulge the approximate cost of the project.

“It will be our plan to set up these canteens within one or two months. In the first phase, we will set up the ‘Aam Aadmi Canteen’ at hospitals, industrial areas, educational institutions and commercial hubs,” Khetan added.

The canteens would be run by the Delhi government’s department of food and supplies.

Asked if the canteens would replace the ‘Jan Ahaar’ project launched by former Delhi chief minister Sheila Dikshit, Khetan said: “At ‘Jan Ahar’ outlets, the quality of food was not good though they cost Rs.18-20. So that project collapsed.

“We are in talks with some NGOs to set up ‘Aam Aadmi Canteen’ in Delhi. The government is also studying proposals from other states,” he said.