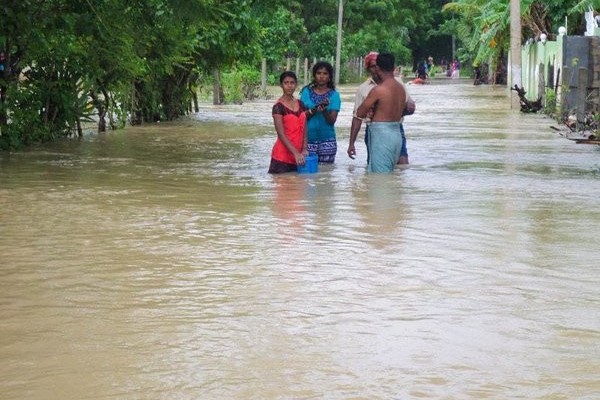 Colombo, Nov 16 (IANS) At least 80,000 people were affected by flash floods in Sri Lanka while thousands of other people were displaced, the country’s Disaster Management Centre said here on Monday.
Rescue teams are currently in the worst affected areas providing relief items to the families who have been temporarily sheltered in schools and churches, Xinhua reported.
Over 700 army troops also were in the northern part of the island nation conducting rescue and relief operations.
According to the Sri Lanka Red Cross, the north was the worst affected by the heavy rains.
Troops were involved in evacuating many people residing in the coastal areas due to threats of more floods as all low coastal areas and causeways have gone under water, the army said.
Similarly, the navy is on standby to face any worse scenario with the escalation of torrential rains.
The navy was prepared to deploy its personnel on flood relief operations to render assistance to the people affected.
Troops were providing basic amenities such as drinking water, soaps, mats and food to the affected.
Meanwhile, local media reported that at least one person was killed in the floods in the town of Killinochchi over the weekend.
At least five people who were trapped in rising waters were rescued on Saturday by the navy in the town of Trincomalee.