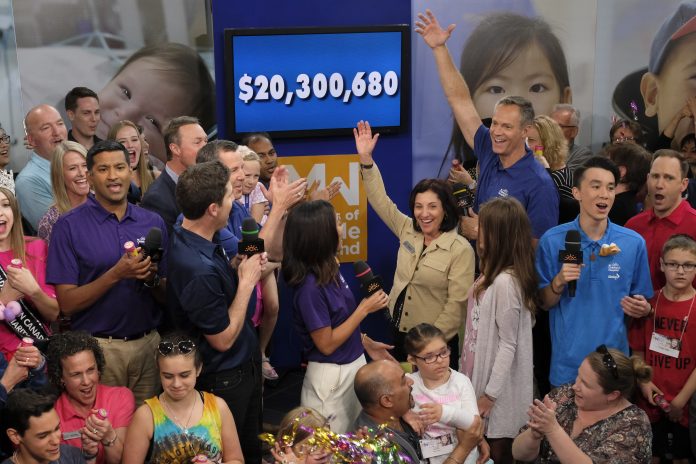 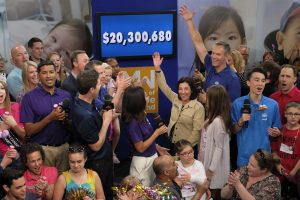 Costco was recognized as the largest Miracle Weekend contributor, bringing in over $2.8 million.

“This was a truly spectacular show of generosity and support for BC’s children,” said Dan Whalley, 2017 Miracle Weekend chair. “For the past thirty years, Miracle Weekend has brought together our community in support of BC’s sick and injured children. We were proud to exceed our fundraising goal of $19.5 million.

The 11-hour Miracle Weekend telethon was broadcast live on Global BC this past week. The Chinese-Canadian telethon and radiothon, airing on Fairchild TV, CHMB AM1320 and Fairchild Radio AM1470 on June 4, contributed $700 million to the total.

Miracle Weekend is the culmination of fundraising efforts throughout the year by literally hundreds of diverse groups. Events include everything from bake sales to tattoo-a-thons to in-store customer campaigns. The hospital receives support from employee groups in financial services, retail, mining, technology, professional associations, construction and real estate, hospitality and restaurants, among others, and members of BC Children’s Hospital’s employee family. All funds raised during #MakeMayMatter also contributed to the total, including signature annual events, such as Jeans DayTM, Slo-Pitch, RBC Race for the Kids, and the 98.5 The Ocean (Victoria) Radiothon.

“Miracle Weekend is a very special event that unites our province for a great cause – the health and well-being of BC’s children,” said Teri Nicholas, president and CEO of BC Children’s Hospital Foundation. “The generosity of our thousands of supporters will help ensure that every child has the opportunity to fulfil their hopes and dreams.”

Donations to Miracle Weekend are used to support British Columbia’s only dedicated full service pediatric acute and tertiary care hospital. BC Children’s Hospital is also a teaching and research hospital, training the next generation of pediatric specialists and conducting research to bring the latest discoveries, treatments and innovations to kids here in BC first.