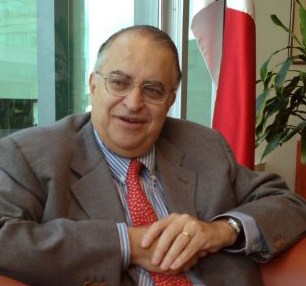 Ottawa: Justin Trudeau’s election gives Mexico and the United States a true continental “amigo” in the fight against climate change, Mexico’s ambassador said Wednesday.
Envoy Francisco Suarez said that under the Harper Conservatives, Canada lagged behind Mexico and the U.S. on environmental policy.
“The green agenda of the Canadian government was behind the United States and Mexico. Let’s put it that way,” Suarez said in an interview at the Mexican embassy.
“Mexico and the United States were very much in favour of pushing forward meaningful agreements, meaningful targets.”
Suarez said with Trudeau planning to attend December’s major international climate change in Paris, known as COP 21, Mexican President Enrique Pena Nieto, U.S. President Barack Obama and the newly elected Liberal leader will provide a unified North American front.
“I’m sure one issue we’ll be working very, very closely with the prime minister is on the COP meeting. Obama, Trudeau, the three amigos, will be acting as three amigos on climate change in Paris,” said Suarez, using the label has been applied to the periodic summits of North American leaders over the last decade.
Pena Nieto wanted to be the first foreign leader to congratulate Trudeau on his Oct. 19 election victory and managed to get his call through first, said Suarez.
Mexico hopes Trudeau will follow through on a campaign promise to end the visa requirement for travellers from that country. Suarez says the visa policy is the major irritant in an otherwise good relationship between the two countries.
Prime Minister Stephen Harper wrote to Pena Nieto earlier this year telling him his government was moving to lift the visa requirement by implementing a new electronic system.
The government introduced the visa in 2009 in what it said was a clamp down on bogus refugee claimants, but the imposition angered Mexicans, who saw it as a slap in the face to a major trading partner.
The ambassador says Trudeau should make Mexico his first international stop as prime minister, or at least second after the United States. He said the “Liberal brand” is strong in Mexico, in part due to the popularity of Trudeau’s father, Pierre.
“He will be getting a hero’s reception. And if he would announce in Mexico the elimination of the visas, he will be getting a standing ovation. And that, in itself would make it an extremely successful foreign policy success to begin with.”
Trudeau already has a full schedule of international meetings in the coming weeks, in addition to the Paris summit. They are the G20 leaders’ summit in Turkey, the APEC summit in the Philippines and the Commonwealth summit in Malta.
So far, Trudeau has committed only to attending the Paris climate change meeting, long with opposition party leaders and provincial premiers.
But like other countries, Mexico hopes to see Trudeau at the other summits. Suarez said Pena Nieto would be eager to meet Trudeau on the margins of the G20.
In addition to the environment, Mexico and Canada now share common ground on economic policy, especially when it comes to infrastructure, said Suarez.
Trudeau said he would run three years of modest deficits to stimulate what he said was a stagnant economy.
Suarez said Mexico believes in strong infrastructure investment, which “generates modest fiscal deficit” because it creates jobs and grows the economy.
“We’re in the pro-growth camp rather than the austerity, sluggish, stagnant growth camp,” said Suarez.
“Pro-growth sustained on efficient infrastructure investment, while maintaining solid public financing … Europe went to austerity, austerity, austerity and everything deteriorated.”