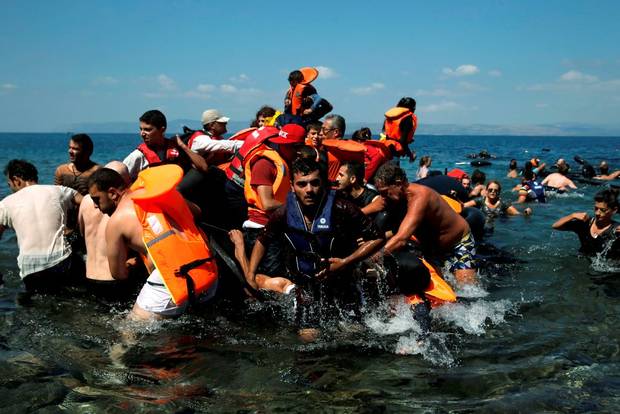 Ankara, Sep 15 (IANS) At least 26 refugees, including four children and 11 women, died on Tuesday when their boat capsized in the Aegean Sea, with another 200 people who were trying to reach the Greek island of Kos.

The 20-metre wooden boat left the Turkish peninsula of Datca at about 6.00 a.m. on Tuesday and sank while sailing in the international waters of the Aegean Sea, EFE news reported.

Five coastguard boats reached the scene and were able to rescue 211 people and retrieve the bodies of four children and 20 adults. Rescue operations are continuing for more survivors.

The incident comes after 34 migrants drowned on Sunday in the Aegean Sea off the coasts of Farmakonissi island trying to reach Europe.

The wooden boat was carrying a yet undetermined number of migrants from Turkey to Greece (survivors said there were 100-120 people on board), Greek Coast Guard said.

According to the latest information, four infants and eleven children were among the victims.

According to the latest official estimates, more than 230,000 refugees and migrants have reached Greece’s shores from the start of 2015 seeking a better future in central and northern European countries.

More than 2,700 people have perished in the sea during their attempt in the Mediterranean this year.

8 out of 10 French do not want Sarkozy back