It’s hard to believe another year has come and gone. 2018 was a challenging year but much was accomplished.

On the trade front, we defended Canada’s interests and concluded the Canada-US-Mexico free trade agreement (NAFTA), safeguarding billions of dollars in daily trade, preserving important market access for Canadian products and continued growth on both sides of the border.

Together with the Canada-European Union Comprehensive Economic and Trade Agreement (CETA), Canada is now the only G7 country with a free trade agreement with every other G7 nation.

On the climate front we managed to formalize a way forward after a number of Provinces flip flopped on agreeing to price pollution despite all the evidence telling them to do so. Canadians recognize what British Columbians have known since 2008 that putting a price on pollution, with an emphasis on economic growth, is the way forward to effectively address the challenges associated with changes in our climate.

Despite the naysayers and a misinformation campaign about increased taxes and lower wages – Canadians pay one of the lowest tax burdens in the OECD and wages are rising – many, including Canada’s largest business group, the Canadian Chamber of Commerce, have endorsed the price on pollution as the most efficient way for the country to cut greenhouse gas emissions.

As noted by the Chamber, if executed well, the policy has the potential to reduce the overall costs to business through the reduction of duplicative regulation and investment in innovation and technologies to reduce carbon emissions and energy costs.

Combined with record job creation and the potential of more economic growth, we have entered 2019 in sound fiscal health, supported by a federal fiscal policy that Canada’s Parliamentary Budget Officer (PBO) says is sustainable over the long term.

Closer to home we continue to see prominent federal visibility with federal funding continuing to flow into our riding supporting the issues you told me were important to you.

Supporting Canadian families continues to be a cornerstone of our government’s policies through our homelessness and poverty reduction strategies, the Canada Child Benefit, which was indexed this past July a full 2 years earlier than originally planned, ongoing support for seniors and Veterans, and an increase by nearly 50% starting in 2019 to the Working Income Tax Benefit, which provides cash payments to working Canadians with very low incomes. This will give more support to those who need it most.

There is no doubt that 2019 will be an important year for all of us and that our vigilance in support of truth, democracy, and equality, and a belief in our ability to innovate and work hard to maintain our quality of life is more important than ever.

I wish you all a very Happy New Year and I thank you for your support as we continue to make our community, and country, the very best it can be. 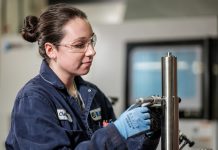 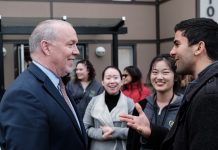 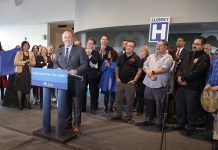 Making health care better, one community at a time

World seems to be under a dark spell