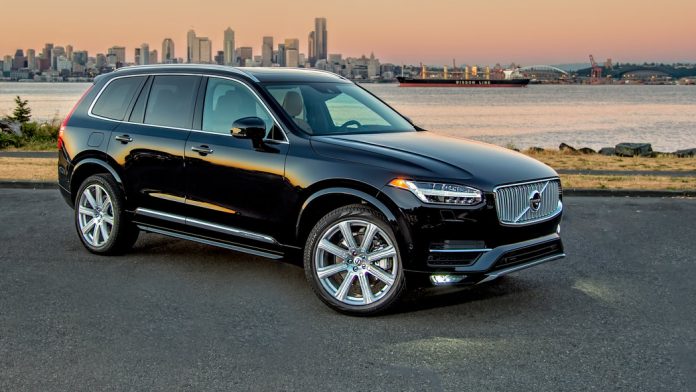 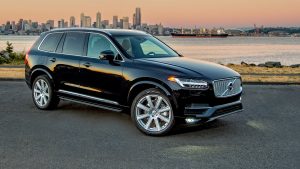 Volvo’ venerable XC90 SUV has received a brand new and very radical makeover for 2016. There is still an unmistakable, traditional boxiness to the XC90, However the premium Swedish SUV with its bold rectangular grille and the signature diagonal Volvo “slash” flanked by dramatic, narrow headlights with LED running lights has a certain brashness. There is a high beltline, with the familiar rear “shoulders.” Still there is some tension and a certain litheness to the XC90; with its big wheels and sinewy side profile. At the rear, a large roof spoiler, tall vertical taillights and   twin rectangular exhaust surrounds complete an impressive looking vehicle. Even coming round a corner or seeing it on the road, the XC90 looks exotic, European and expensive!

There are two models available in Canada of this three-row sport utility with front-engine, and all-wheel-drive — the T6 and T8 PHEV. Both versions are powered by a 320-horsepower, supercharged and turbocharged four-cylinder gas engine — called Drive-E — paired with an eight-speed automatic transmission. However, the T8 PHEV has an electric motor teamed with a four-cylinder that offers an additional 80 hp. The XC90 will be offered with a choice of three trim levels — Momentum (Base), R-Design (Sport) and Inscription (Luxury).  As standard equipment includes 19-inch alloy wheels; heated front seats with eight-way power for both and memory for the driver; rain-sensing wipers, full leather seating, heated steering wheel and a    ten-speaker audio system.

The T6 powertrain comprises a 2.0-litre four-cylinder with supercharger and turbocharger (320 hp and 295 lb/ft of torque); whilst the T8 powertrain features a 2.0-litre four-cylinder with supercharger, turbocharger and 80 hp electric motor (407 hp and 472 lb/ft of torque). Both AWD powertrains are mated to an eight-speed Geartronic automatic with sequential shift, and five drive options selected

We tested the very well-equipped T6 version. The XC90 cabin itself is very typical Volvo; with a wonderfully bright and unique looking interior. There are a plethora of contrasting light and dark colours, bright metal detailing light wood panels and butter soft leather   The most compelling feature is the cool dash with its big touchscreen control console that dispenses with the normal mess of buttons and switches and instead replace them with a large 9.3-inch tablet-like touchscreen, a head-up display and thumb controls on the steering wheel. The whole system works in conjunction with an adaptive digital instrument cluster in front of the driver, and a head-up display on the lower part of the windshield that projects the most important information for the drive. The user interface also includes both the thumb-reach controls and voice control.

Overall, interior fit and finish, is superb and up there with anything in this segment. The seats as in all Volvos are superbly comfortable. Combined with the heated leather steering wheel and powerful HVAC System; the XC90 will see you through any winter in comfort. There is just a wonderful ambience in the cabin with its rich textures, and exquisite detailing. In the rear, a giant panoramic sunroof with power sunshade, touch-sensitive controls for the optional heated .second-row seat theater and individual HVAC settings for right and left passenger, man no one is deprived of a first class experience. The standard-equipped third row is ideal for kids – but more of tight squeeze for adults.   Cargo space behind the third row is 279 litres, but drop the flat folding 50/50 back row and the 40/20/40 second row and you have a roomy 2,427 litres of cargo space accessed through the power operated tailgate.

Nothing too bad to write about the XC90. It is a superbly executed premium European SUV, and the high price reflect that with its high equipment list, engineering and safety. However lucky owners who can stump up the cash will not be disappointed as it is right up there with the German competition and excels in many areas. Superb in so many ways 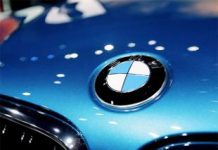 BMW to recall 6,109 vehicles in China

US regulators it BMW with $40M penalty for moving too slowly...