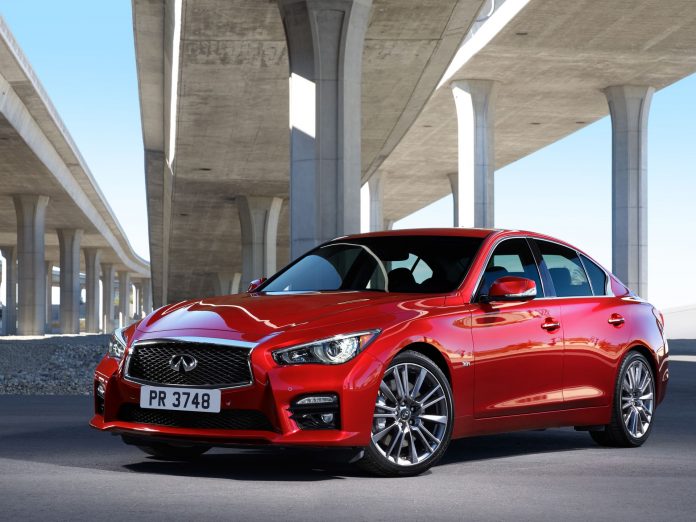 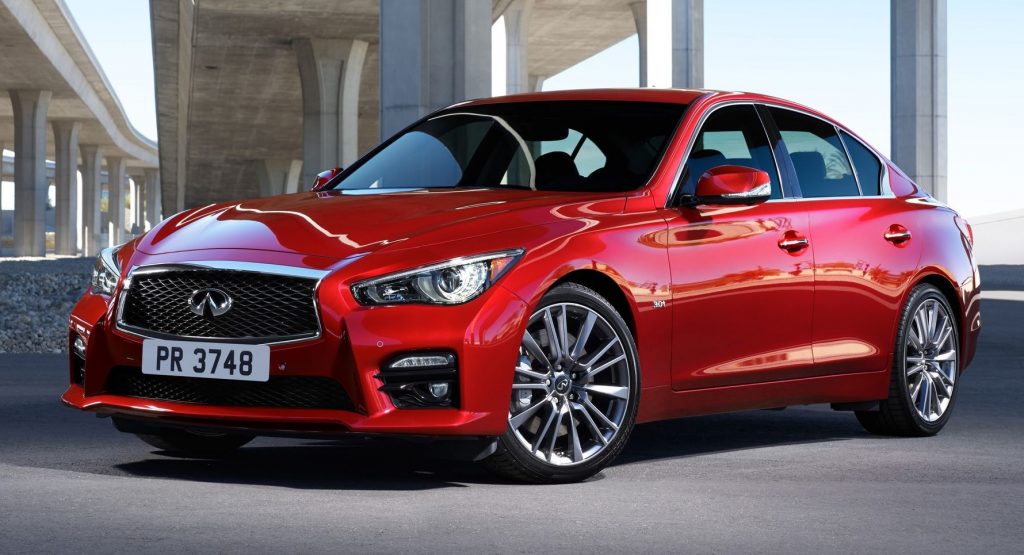 The new 2016 Infiniti Q50 sports sedan is being launched with a number of performance and dynamic upgrades that deliver a more empowering and rewarding drive experience. The comprehensive updates include a trio of all-new advanced turbocharged engines, along with next-generation ride and handling technologies.

The Q50 – Infiniti’s top-selling model in North America – was developed from the outset to showcase Infiniti’s daring design, dynamic performance and class-leading technologies within the sports sedan segment. Now in its third year, Q50 global sales between January and October 2015 reached almost 50,000 models – representing a 65 per cent increase compared to the same period in 2014.

Four advanced powertrain options are offered with the 2016 Infiniti Q50, including an all-new 3.0-litre V6 twin-turbo gasoline engine with direct injection. This new “VR30” engine is available in two states of tune: 400 horsepower or 300 horsepower – both developed to provide an ideal mix of drivability, efficiency and performance.

Also available on the Q50 is a new 2.0-litre four-cylinder turbocharged engine producing 208 horsepower, and a 360-horsepower hybrid powertrain, which combines a 3.5-litre V6 and a compact laminated lithium-ion battery with an innovative one-motor, two-clutch control.
Also making its debut on the 2016 Infiniti Q50 is the Infiniti’s industry leading Direct Adaptive Steering, comprehensively modified from the groundbreaking first-generation system. Infiniti has enhanced the Direct Adaptive Steering after gathering customer feedback from around the world and completing 625,000 miles of real-world testing. The standard steering mode now offers advanced levels of steering feel and feedback – more akin to that of a conventional steering system. In addition, the upgraded system offers even more options to personalize and tailor the steering system’s levels of response and feel to suit the driver’s preferences. 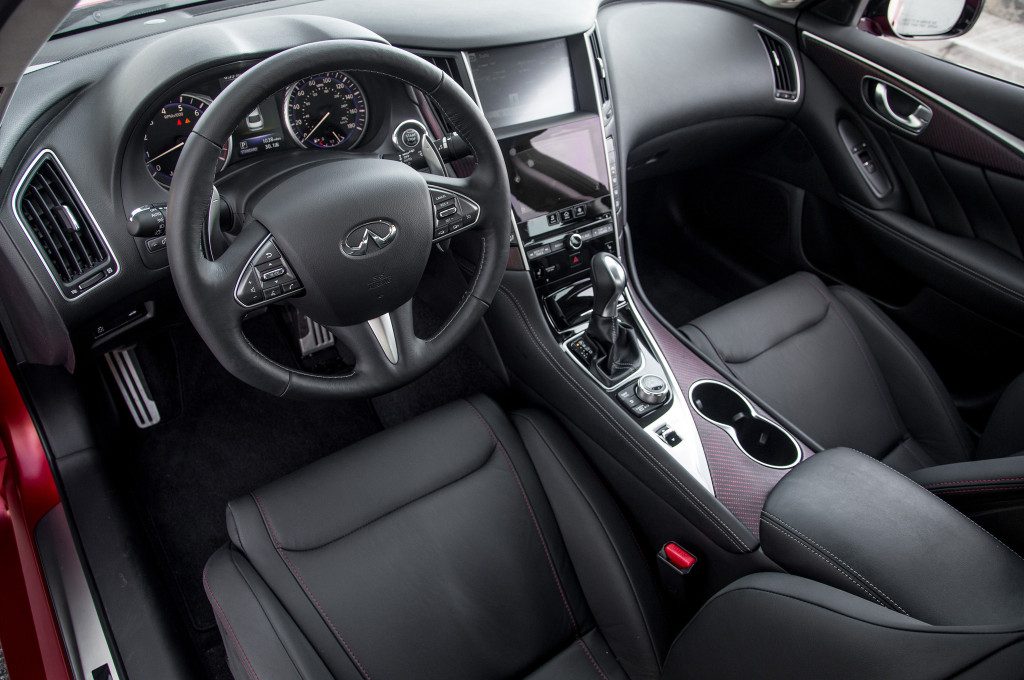 These outputs have been achieved while ensuring an expected improvement in fuel efficiency of up to 6.7 per cent, representing a high power-to-efficiency ratio for the 400 horsepower power unit. This power-to-efficiency performance was made possible thanks to a combination of newly developed powertrain features.

An advanced new twin-turbo system contributes to the smooth and immediate power delivery while promoting gains in efficiency. The combination of a new turbine speed sensor and an optimized turbine blade design realize greater performance with more immediate response. The turbine speed sensor allows a 10 per cent increase in turbine speeds, enabling the turbocharger to revolve at up to 220,000 rpm. With greater capacity for faster revolutions, the twin turbochargers enable the engine to deliver greater power and torque.

A new high-pressure direct injection gasoline (DIG) system, introduced for the first time, allows for precise control of fuel injection into the combustion chamber depending on throttle position and current engine speed. DIG contributes significantly to making the new engine the cleanest and most efficient V6 that Infiniti has ever offered.

Complementing the new 3.0-litre V6 is a 2.0-litre four-cylinder turbocharged unit, producing 208 horsepower at 5,500 rpm with peak torque of 350 Nm (258 lb-ft) available from 1,500 rpm. This 1,991 cc unit has been engineered to achieve the same goals as the 3.0-litre V6 unit, blending response and performance with efficiency.

Direct injection and a high-efficiency compact turbocharger combine to achieve high levels of torque from low engine speeds for an enhanced driving experience. The high-pressure direct injection system with 200 bar (2,900 psi) piezoelectric injectors, multi-spark ignition and lean-burn combustion technologies also contributes significantly to efficiency. This is complemented by a variable camshaft design on the intake side, which enables a switchover from a standard cam for higher loads and engine speeds where increased power is required, to a “small” cam for partial engine loads.

In addition, to minimize friction losses on the small cam a maximum valve lift of 3.8 mm has been specified. The main advantage is a reduction of charge exchange losses and a nearly throttle-free operation in a relatively broad range of scenarios for exceptional efficiency.
A lightweight aluminum block and cylinder head with chain-driven dual-overhead camshafts, die-cast aluminum cylinder crankcase and optimized crank assembly promote further weight savings, reduce friction and improve efficiency. For the first time, the Q50 will offer an idle stop-start system (ISS) in combination with a 2.0- liter four-cylinder turbocharged engine. 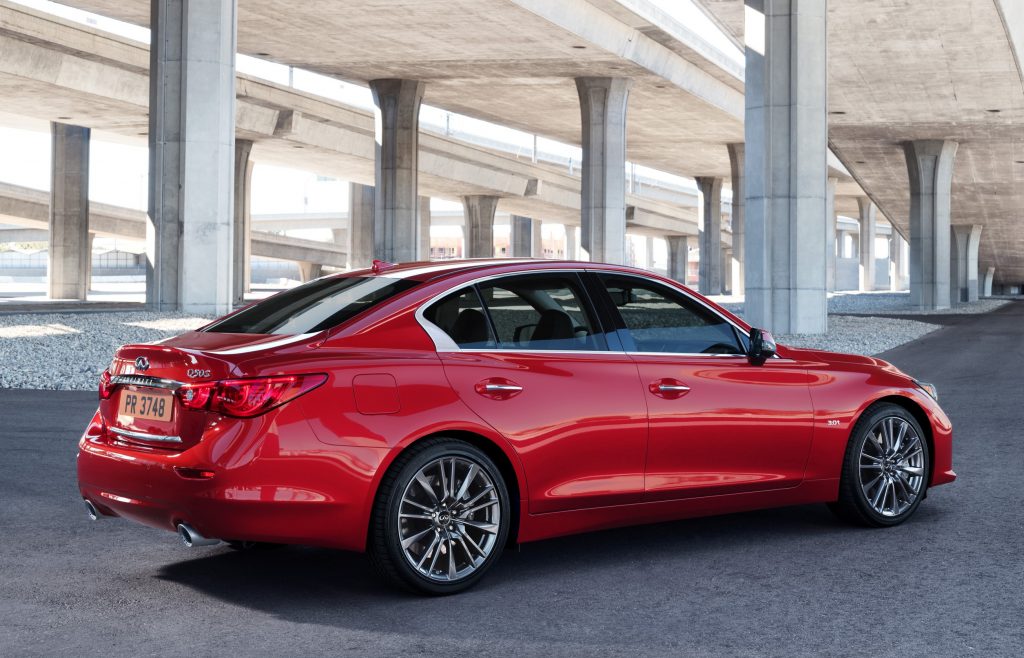 The hybrid powertrain is designed to put performance first, while bringing significant benefits for fuel efficiency. It takes full advantage of the electric motor’s instant torque for exceptional acceleration and, in combination with the 3.5-litre V6, provides an energetic feel under all driving conditions. 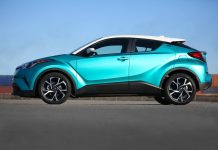 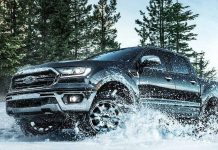 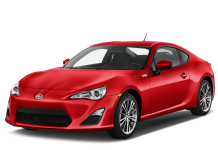 Scion Pairs Sports and Style for the 2016 FR-S Release Series 2.0