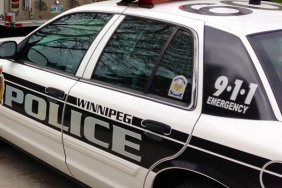 WINNIPEG: Two Winnipeg teens have been handed adult sentences for a gang-related killing they committed when they were 15 years old.

Brendon Sinclair and Jordan Murdock, who are now 18, were sentenced Thursday to life in prison with no chance of parole for seven years for beating to death 48-year-old Joseph Lalonde in August 2011.

Sinclair and Murdock beat Lalonde as he tried to protect his pregnant daughter in the backyard of his own home.

The two teens were riding their bicycles past Lalonde’s house and saw people in the backyard displaying gang signs.

The pair were affiliated with another street gang and got a baseball bat and a pellet gun and returned, attacking Lalonde’s daughter before Lalonde stepped in and attempted to fend them off.

“They asked me what kind of gang I’m in,” Emily Anne Lalonde-Harper said at the time. “I didn’t say anything. I just told them to leave, I’m not in no gang, nothing. I don’t like gangs.”

Every bone in Lalonde’s face was shattered in the minute-long attack he endured. The attack was witnessed by his daughter, who was bashed with the bat after she tried to pull one of the killers off him.

“I saw my Dad on the ground, doing nothing, and that guy kept banging, kept hitting him in the face with the bat,” she said.

Lalonde lost consciousness in the yard and never regained it. He died in hospital a few days later.

During their trial last June, Sinclair’s lawyer argued it was Murdock who held the bat during the assault and dealt the fatal blows but a jury convicted both of second-degree murder.

Sinclair and Murdock had sought to be convicted of manslaughter on the grounds they were intoxicated at the time and couldn’t form the necessary intent to commit murder.

If they had been sentenced as youths, the maximum penalty for both would have been four years of prison and three years of conditional supervision in the community.

A hearing will take place in the next few months to determine where Sinclair and Murdock will serve their time.

No excuse for Baltimore violence: Obama