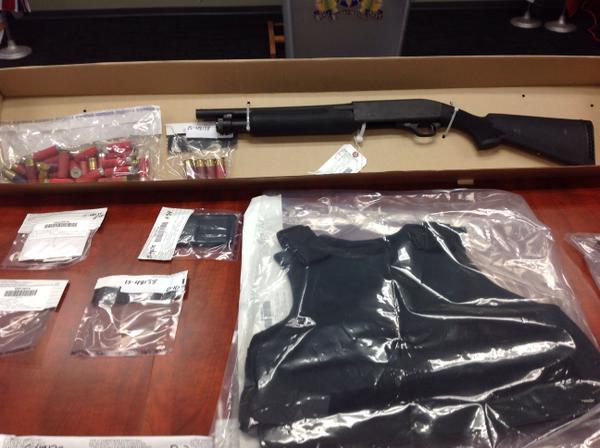 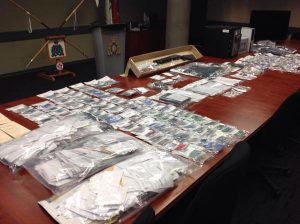 On April 8th, 2015, Surrey RCMP ECU received a call from a major Canadian financial institution that reported one of their customer’s corporate credit card accounts had been compromised. After a thorough investigation, ECU officers allege that the two offenders worked together to defraud credit card companies of nearly $350,000.

On April 20th, investigators executed 4 search warrants at 2 residences and a mail box depot. The evidence seized as a result of the search warrants included $20,000 of property including a $10,000 bicycle, several computers, furniture and rare, collector coins. The computers had hundreds of credit card profiles on them. Also seized were 250 stolen credit cards along with 450 pieces of stolen mail from Richmond, Surrey and New Westminster. A loaded shotgun was also found in a bedroom.

“The amount of personal data that these two persons possessed was immense,” says Surrey RCMP Cpl. Scotty Schumann. “The information the pair had collected was being used to create credit cards for persons whose identities they’ve stolen. The fraudulently obtained cards were then used to buy merchandise which was sold for cash. With the help of our partners, including the Canadian Banker’s Association and Canada Post, we were able to bring this investigation to a close fairly quickly.”

For information on how to protect yourself against fraud, please see the RCMP website for tips.

Anyone with information about fraud is asked to contact the Surrey RCMP at 604-599-0502 or Crime Stoppers, if they wish to remain anonymous, at 1-800-222-TIPS or www.solvecrime.ca.