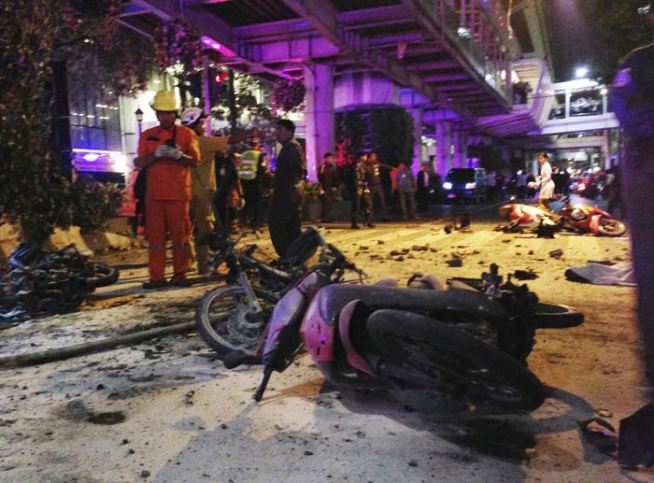 Bangkok, Aug 17 (IANS) At least 15 people were killed and 80 wounded when a bomb exploded close to a shrine in the centre of the Thai capital, police said.

The explosion took place close to the Hindu Erawan Shrine in the capital’s central Chidlom district at 6.55 pm, with police saying it may have been caused by a motorcycle bomb, reports Bangkok Post.

No one has claimed responsibility for the attack.

A number of foreign nationals were injured in the blast, according to witnesses.

The Bangkok Post quoted police as saying that at least one more bomb was defused by officers in Ratchaprasong area.

Local TV showed burnt motorbikes on the main road, with paramedics and police trying to take the injured away.

The explosion was on the Rajprasong intersection, which has been the centre of political demonstrations in recent years.