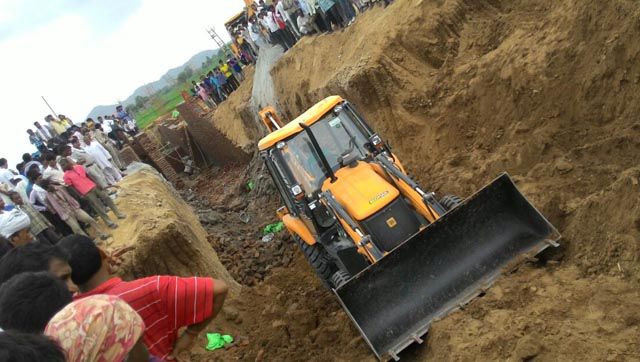 Chandigarh/Gurgaon, Aug 7 (IANS) At least 11 people were killed and over 20 injured on Friday when an under-construction wall of a stone crusher unit collapsed in a village in Haryana’s Mahendergarh district, police said.

Police said the mishap occurred in Dholera village in south-west Haryana, close to the Haryana-Rajasthan border. The village is nearly 140 km from Gurgaon.

The IG said a majority of victims were locals and a few belonged to Rajasthan.

Officials said the injured were rushed to a hospital in Narnaul, the district headquarters town, 25 km away from the spot.

At least six critically injured victims were referred to the Post Graduate Institute of Medical Sciences at Rohtak.

The district administration announced Rs.2 lakh compensation for the kin of the deceased and Rs.50,000 each for the injured.

“A large number of stone crushers are functioning illegally and in violation of norms in connivance with certain officials. The owners are influential. Though the Supreme Court has prohibited mining in Aravalli Hills through its orders in October and December of 2002 and March 3, 2004 but why has Haryana government failed to stop illegal mining,” asked Dr R.P. Balwan, a former forest conservator of Gurgaon range.