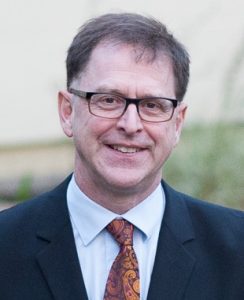 VICTORIA: The British Columbia government is eliminating PharmaCare deductibles for working families with the lowest incomes in the province, helping to make sure they get the prescription medicines they need but currently are struggling to afford, Health Minister Adrian Dix announced today.

“No parent should have to make the difficult decision between their family’s health and putting food on the table,” said Dix. “The investment we’re announcing today will make life more affordable for British Columbians, while making sure they get the care they need.”

The $105 million being invested in Fair PharmaCare over three years will eliminate or reduce the deductibles for 240,000 B.C. families. All families with household net incomes under $45,000 will benefit. Dix said the biggest impact will be felt by families with net annual incomes between $15,000 and $30,000. They will have no deductible, starting Jan. 1, 2019.

“This is a crucial step forward in improving the health and lives of thousands of British Columbians,” said Dix. “We know that in families earning under $30,000 in net income, needed prescriptions go unfilled too often because PharmaCare deductibles are too high. The step we’re taking today is a significant one, as deductibles have not been changed in 15 years.”

Ministry of Health analysis indicates that these jumps are often accompanied by decreases in drug spending, suggesting that families are not filling prescriptions due to affordability. Families earning under $45,000 are also less likely to fill prescriptions, or make trade-offs with other essentials, like groceries, heat and housing.

“Prescription drugs don’t work if people can’t afford them,” said Dr. Michael Law, Canada research chair in access to medicines at the University of British Columbia. “Research shows that many people in this province have not filled or skipped prescriptions because of the cost, and these changes being announced will improve health outcomes by significantly increasing access to important and effective medicines.”