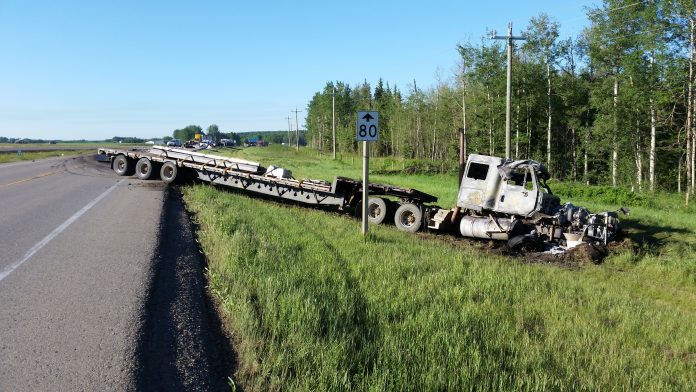 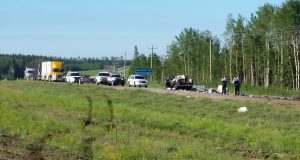 Boyle, Alberta: One person is dead following a two vehicle collision on Highway 63. The head-on collision involving a pick-up truck and a semi-tractor trailer occurred at Kilometre marker 46 near Wandering River. The driver of the pickup truck was pronounced dead on scene while the driver of the semi-tractor trailer was transported to hospital with serious but non-life-threatening injuries.

An RCMP Collision Analyst is on scene investigating the cause of the collision. Weather at the time of the collision was clear with early morning sunlight. Alcohol is not believed to have played a factor in this collision.

This incident took place one kilometre north of the community of Wandering River on a non-twinned portion of the Highway.

The highway has been blocked in both directions while emergency crews and police work on the scene. It is anticipated that the highway will be fully reopened at approximately 11:30am.

The deceased’s identity will not be released pending notification of next of kin.

Stephen Harper to step down as Conservative leader, party says